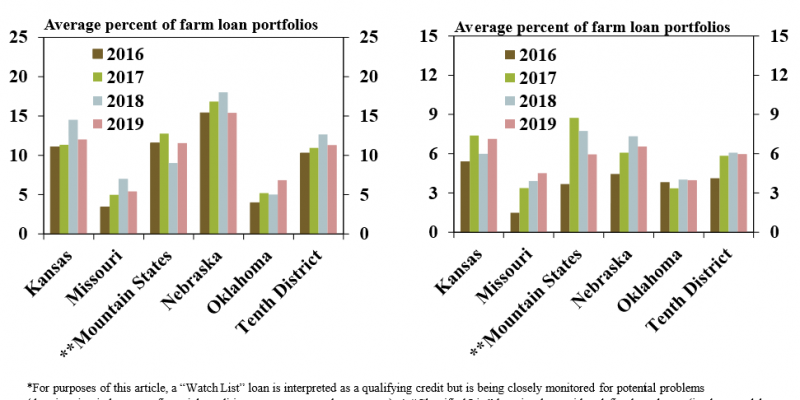 The continued struggle to generate positive income has led to higher producer debt levels. Survey results from the Tenth District Federal Reserve Bank in Kansas City show loan renewals or extensions were higher than the previous year in the third quarter of last year.

And, bankers said farm loan repayment rates were worse compared to the prior year. Figure 2, from the Tenth District Federal Reserve Bank, shows bankers’ reporting of the shares of their total farm loan portfolios that fall onto a watch list and a classified list. The watch list are those loans which qualify to receive credit but are being closely monitored. The classified list is a loan with a defined weakness such as inadequate debt service or insolvent collateral position. For Nebraska, bankers indicated between 15-20 percent of their farm loan portfolios in the third quarter were on the watch list, the highest rate in the Tenth District. The bankers also reported between 6-9 percent of their loan portfolio were on the classified list. One positive is the 2019 percentages were less than those reported in 2018.