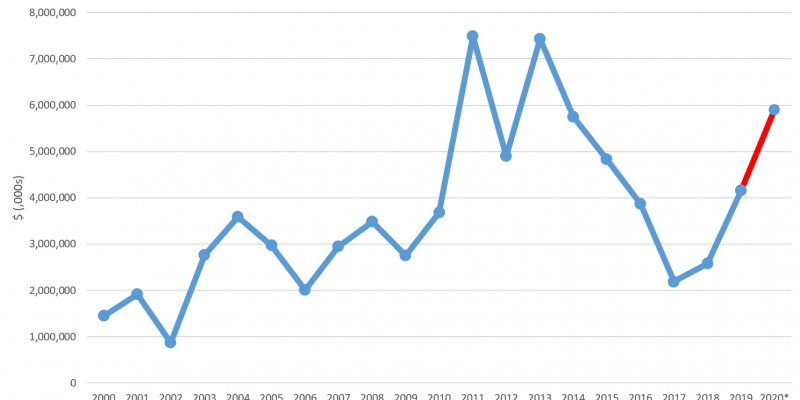 The improved net income, if realized, will be the result of higher corn receipts and Market Facilitation Program (MFP) payments. Corn receipts should be higher because production in the state was largely the same as 2018 and higher prices resulting from production problems elsewhere provided pricing opportunities for Nebraska producers. On the other hand, soybean receipts are expected to be lower due to less acres and production problems. Higher death losses, lower prices, and increased costs mean cow/calf producers saw lower receipts. Returns for the Nebraska cattle feeding sector were also probably down too. MFP payments, designed to mitigate trade losses, are expected to total roughly $1 billion for the year when the final tally is made. So, the MFP payments and larger corn receipts could be enough to push net farm income a bit higher, but still not near the levels seen earlier in the decade.