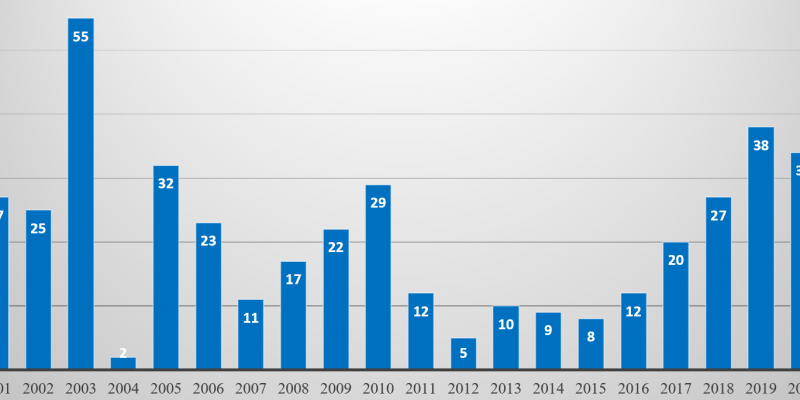 The Lincoln Journal Star reported on January 17 that 34 farm bankruptcies were filed in Nebraska in 2020, four fewer than filed in 2019 (Figure 4). However, 2020 filings will still exceed the average number filed since 2001, slightly more than 20 filings a year. According to the U.S. Bankruptcy Court, through the 12-month period ending September 30, 29 bankruptcies were filed in Nebraska. Over the same period, the Midwest states led the nation in Chapter 12 bankruptcies filed (Wisconsin-76; Kansas-35; Iowa-34; Minnesota-34). The relatively high rate of bankruptcies compared to previous years shows the continued financial pressures on some farm and ranch operations.