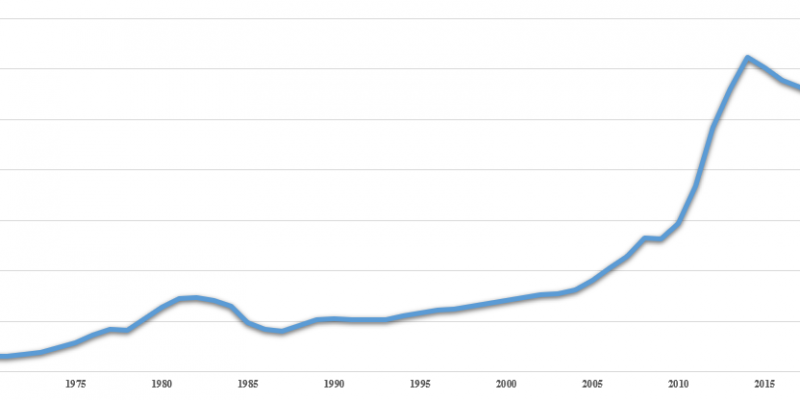 Nebraska average land values since 1970 are plotted in Figure 3. After experiencing unprecedented growth between 2004-2014 (growth rates exceeded 10 percent in 9 out of 10 years), land values have levelled off and stabilized.

The USDA estimated Nebraska’s average land value in 2020 was $2,790 per acre, 2 percent less than 2019. The UNL Nebraska Farm Real Estate Market Survey showed the average land value in 2020 was up 3 percent, averaging $2,725 per acre. In either case, Nebraska land values have remained remarkably resilient. Improved farm income conditions and low interest rates have no doubt contributed to firmer land values over the past year. This in turn has helped stabilize farm balance sheets and increase the borrowing capacity of many operations.