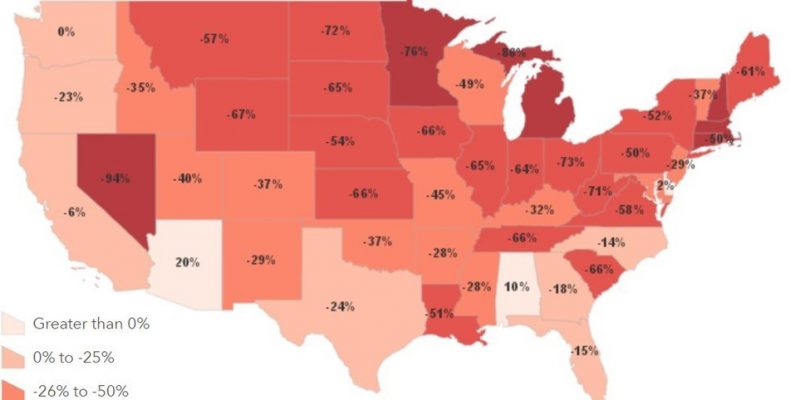 According to Widmar, Nebraska producers did not fare well with average income falling 54 percent between the two periods, but producers in other states experienced even greater declines. Average net farm income fell by more than 70 percent in North Dakota, Minnesota, and Michigan. On the other end of the spectrum, producers in Alabama and Arizona saw an increase in average income between the two periods. Producers in general experienced less declines in income in the southern, southeastern, and western regions of the country.

A direct correlation was seen between states which experienced the greatest increases in net farm income during the boom era and those which experienced the greatest declines in recent years. States in the corn belt, where large swings in corn and soybean prices between the two periods had the most impact on overall net farm income, experienced both the greatest increases and greatest declines. Nebraska’s large beef sector and other livestock sectors likely mitigated the losses as evidenced by the greater losses seen in other corn belt states. Where the Farm Economy Slow Down Has Hit Hardest, David Widmar, Agricultural Economic Insights, January 14, 2019.