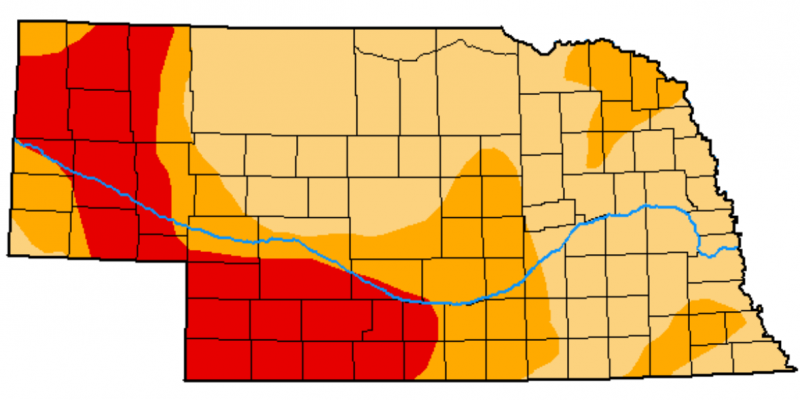 COVID-19
The longevity and toll of the COVID-19 outbreak has confounded nearly everyone. Most producers, businesses, and people have transitioned to a new normal after the initial shock of the pandemic. This year’s outcomes will depend largely on how much longer COVID-19 will continue to cause disruptions and slow the economy. Whether the additional assistance proposed by the Biden administration will come to fruition will play a role in how quickly the economy responds post-COVID-19. For agriculture, COVID-19 resulted in large shifts in food demand. Preliminary data suggest food service sales in 2020 were off over 19 percent compared to the year prior, while grocery store sales were up over 10 percent. This shift in impacted the varieties of beef and pork cuts consumers wanted. How long will this continue into 2021? Gasoline and ethanol consumption are still below pre-pandemic levels. Will people return to the road? Will COVID-19 have any impact on input supplies as planting season approaches? Answers to these questions will chart the course for agriculture this year.

Drought
The Omaha World Herald reported last week that for the first time in 8 years all of Nebraska is some stage of drought (Figure 1). The worst areas are in the southwest and panhandle which are in an exceptional drought (D3). These areas comprise over 24 percent of the state’s land area. It’s too early to tell whether the drought will persist and how it could affect 2021 production. Obviously, dryland ground, which makes up roughly 58 percent of the state’s cropped land, would be most impacted from a cropping perspective. Irrigated producers would face increased costs with additional pumping and perhaps restrictions on pumping depending on location. Ranchers could see forage production problems which could accelerate herd liquidation. Monitoring the drought and potential impacts will be important for 2021.

Crops
Tighter commodity supplies have set the stage for potential multi-year high prices for corn, soybeans, and wheat in 2021. Prices ended 2020 higher due to Chinese buying and production hiccups (Figure 2). In fact, AFBF economist Shelby Meyers reported U.S. corn exports to China in the first 11 months of 2020 exceeded exports for the same period in 2019 by 1,126 percent! Moreover, governments in competing countries have restricted exports or are considering restrictions—i.e. Argentina and Ukraine for corn; Russia for wheat—due to worries over high prices for their domestic consumers, further adding fuel to higher prices.

Higher prices will cause some demand rationing. Livestock producers will alter rations and ethanol production will slow. And, planting is still 2-3 months away. Farmers planting decisions will affect the outlook. Nevertheless, all signs point to higher prices for the 2020/21marketing year which ends August 30. The USDA forecasts the season average farm price for corn at $4.20 per bushel, highest since marketing year 2013/14. And, the season average price for soybeans is forecast to be $11.15 per bushel. However, input costs are likely to be higher as well, farm program payments for the 2020 crop year (to be made in 2020) are likely to be minimal, and its doubtful ad hoc assistance will continue at levels seen over the past two years. Still, this year looks promising for the state’s crop producers.

Livestock
A key for the livestock sector will be whether the processing sector can continue to manage through the COVID-19 pandemic without any further major disruptions. Packers rebounded from the significant production declines last spring to meet or exceed prior year production levels over the remainder of the year. It will be critical that processing continue unimpeded in 2021. Cattle numbers appear to be on decline. Herd liquidation, which began in 2019, continued through last year. Lower slaughter numbers and reduced carcass weights mean beef production this year is forecast to be 1-2 percent less than last year. Growth in domestic beef demand will depend on how quickly the country’s economy can rebound from COVID-19. Beef, though, will have plenty of competition at the meat counter as pork and poultry production are expected to increase this year as well. Tighter cattle supplies and steady beef demand point to higher cattle prices in 2021. Forecasts suggest feeders and fed cattle prices will be 5-7 percent higher, but feed costs will be higher too. U.S. pork production is forecast to increase in 2021, up 2.2 percent. Pork prices are also expected to be higher this year.

International Trade
Increased exports of Nebraska commodities appears to be in the offing for 2021. Countries post COVID-19 economic rebounds, global production concerns, and a competitive dollar will help grow exports. The USDA projects U.S. corn exports to be higher in 2021 and could set a record for the current marketing year which ends August 30. It’s the same story for soybean exports, also projected higher and potentially setting a record. Exports of beef and pork, though, are expected to moderate compared to prior year levels.

The reappearance of China as a major buyer is the primary reason for the expected increase in exports. China’s buying is due in part to the Phase One trade deal negotiated by the Trump Administration. It is also the result of China’s need to shore up corn, soybean, and pork supplies. A decline in the value of the dollar also meant U.S. commodities are price competitive into the Chinese market. Nebraska’s North American neighbors, Canada and Mexico, are typically among the largest customers for Nebraska agricultural products, while Japan and South Korea remain the largest purchasers of U.S. beef. The economies in all these countries are expected to rebound in varying degrees in 2021 after shrinking last year which should set the stage for continued purchases of U.S. goods. A potential problem lurks for corn exports to Mexico in a decree issued by the Mexican government to phase-out genetically modified corn for human consumption. Details have not been provided to know whether or how the decree will affect U.S. exports, but it is a development to watch.

This year should bring more stability and certainty to U.S. trade relations. President Biden is unlikely to step away from the disputes or tariffs initiated by the previous administration, but neither is he likely to accelerate them further. Also, look for a multilateral approach to trade issues, particularly when it comes to addressing some of the issues posed by China. The administration’s rejoining the Paris Climate Accord and the World Health Organization demonstrate its commitment to a multilateral approach.