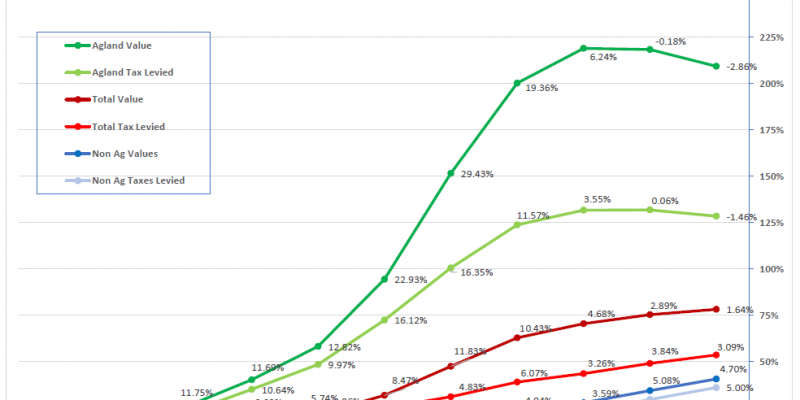 Property taxes promise once again to be front and center in the Nebraska Legislature this year. One of the difficulties for Senators is to craft a balanced, responsive package to reduce property taxes when taxpayers have had vastly different experiences over the past decade.

Depending on the type of property, local governments’ spending and taxing decisions, and economic conditions, taxpayers’ experiences regarding the growth of taxes have differed, meaning they have different expectations for property tax relief from the Legislature.

Several bills have been introduced to address the issue of high property taxes. Most of them make modifications in state aid to K-12 schools and seek to limit schools’ access to property taxes. LB 974, crafted by the Revenue Committee and heard in committee last week, makes several changes to the TEEOSA state aid formula—reduces assessed values; provides per student foundation aid; guarantees schools receive foundation aid equal to 15 percent of basic funding; modifies option funding; and eliminates the allocated income tax rebate, among other provisions. It also implements revised levy and budget limits on schools. The trick for the Legislature will be to craft a package in such a way to satisfy the various demands of taxpayers who have had different tax experiences over the past decade.

Source: Nebraska Farm Bureau based on data from the Nebraska Dept. of Revenue