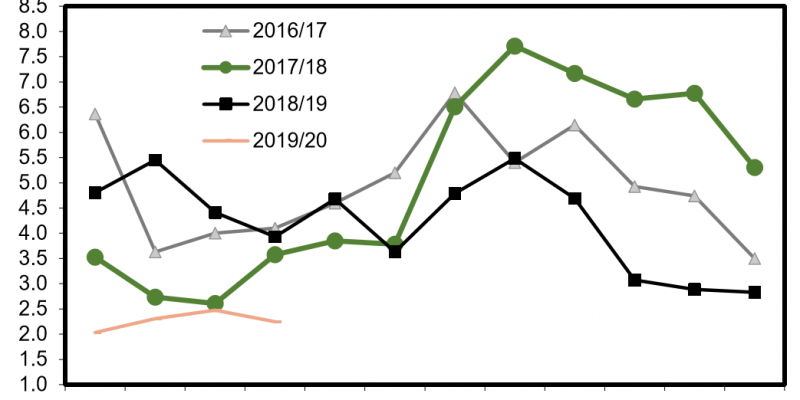 Shipments during September-November totaled 268.7 million bushels compared with 632.1 million during the same period the prior year. The USDA projects 2019/20 corn exports will be 1,775 million bushels, 14 percent lower than 2018/19.