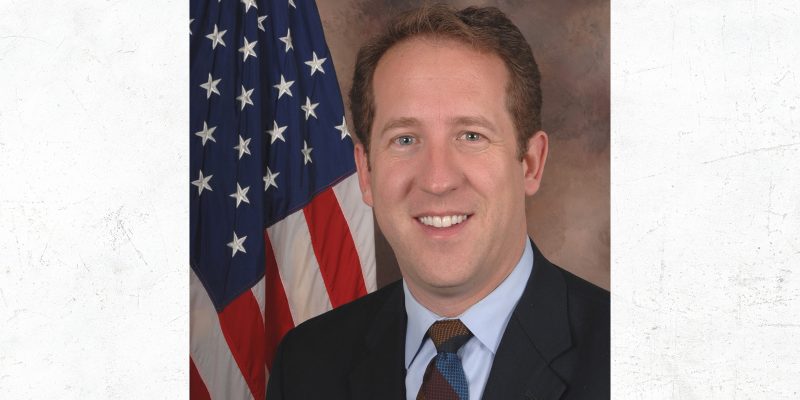 LINCOLN, NEB. – U.S. Rep. Adrian Smith has been endorsed by the Nebraska Farm Bureau Political Action Committee (NEFB-PAC). Smith, who is seeking re-election to the U.S. House of Representatives in Nebraska’s 3rd Congressional District, received the designation based on his work on several policy issues of high priority to Nebraska farmers and ranchers, according to Nebraska Farm Bureau First Vice President Sherry Vinton, who chairs the NEFB-PAC.

“Serving in a leadership position on the House Ways and Means Committee, Congressman Smith has given Nebraska’s farm and ranch families an influential voice in tax, trade, and health care issues, all important to our members,” said Vinton.

In that capacity, Smith played an instrumental role in helping deliver the first major revisions to the federal tax code in more than 30 years. As a part of that effort, he helped ensure Nebraska farmers and ranchers would be able to continue to fully deduct their property taxes on their federal tax return.

Vinton says Smith also received the designation based on his ongoing efforts to increase access for U.S. agricultural products into global markets including being recently named as the ranking member of the House Ways and Means’ Subcommittee on Trade.

“Congressman Smith not only understands the importance of trade but has taken an active role in advancing trade agreements which have benefited farmers, ranchers, and businesses across our great nation. Given the Biden administration’s lack of action on this important issue, it is good to know Congressman Smith is there to push the president to find new markets for agricultural products and hold nations like China accountable for breaking international trade rules,” Vinton said.

Smith has also announced his intention to seek the lead Republican spot on the House Ways and Means Committee, giving the nation’s number one agricultural Congressional District an even more powerful voice in Washington, D.C.

“Nebraska’s farm and ranch families are already very well served by Congressman Smith given his expertise on trade and tax policy as well as his push to limit their regulatory burdens. At the same time, placing the Ways and Means Committee Chairman’s gavel into Congressman Smith’s hands would provide an even greater platform to ensure future success of agriculture within our great country. It is for all of these reasons and more that we are proud to again endorse Nebraska’s 3rd District Congressman Adrian Smith,” Vinton said.

The Nebraska Farm Bureau is a grassroots, state-wide organization dedicated to supporting farm and ranch families and working for the benefit of all Nebraskans through a wide variety of educational, service, and advocacy efforts. More than 53,000 families across Nebraska are Farm Bureau members, working together to achieve rural and urban prosperity as agriculture is a key fuel to Nebraska’s economy. For more information about Nebraska Farm Bureau and agriculture, visit www.nefb.org.

Approve
3
Not Sure
0
Disapprove
1
Previous