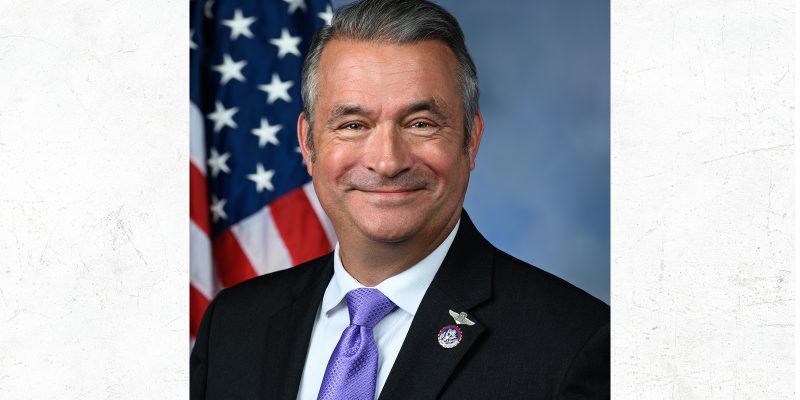 LINCOLN, NEB. – U.S. Rep. Don Bacon has been endorsed by the Nebraska Farm Bureau Political Action Committee (NEFB-PAC). Bacon, who is seeking re-election to the U.S. House of Representatives in Nebraska’s 2nd Congressional District, received the designation based on a long-track record of support for Nebraska farm and ranch families, according to Nebraska Farm Bureau First Vice President Sherry Vinton, who chairs the NEFB-PAC.

“Congressman Bacon clearly understands the importance of agriculture to our state’s economy and has demonstrated that time and again. Despite having a largely urban district, he’s made every effort to serve all his constituents, including farm families,” said Vinton. “Whether in Washington, D.C. or here at home, he consistently goes out of his way to meet with our members to keep on top of the issues that matter to them.”

As a member of the House Agriculture Committee, Bacon continues to champion Nebraska Farm Bureau priorities such as preserving a strong crop insurance system, growing international markets for Nebraska agricultural products, and working to develop a commonsense regulatory system to allow farmers and ranchers to earn additional income by selling climate credits.

“We are fortunate to have Congressman Bacon working in Washington, D.C. and we thank him not only for supporting farm and ranch families, but for helping give them a voice on key issues. We are pleased to again endorse him as he seeks re-election to represent the 2nd District,” said Vinton.

The Nebraska Farm Bureau is a grassroots, state-wide organization dedicated to supporting farm and ranch families and working for the benefit of all Nebraskans through a wide variety of educational, service, and advocacy efforts. More than 53,000 families across Nebraska are Farm Bureau members, working together to achieve rural and urban prosperity as agriculture is a key fuel to Nebraska’s economy. For more information about Nebraska Farm Bureau and agriculture, visit www.nefb.org.

Approve
1
Not Sure
0
Disapprove
2
Previous