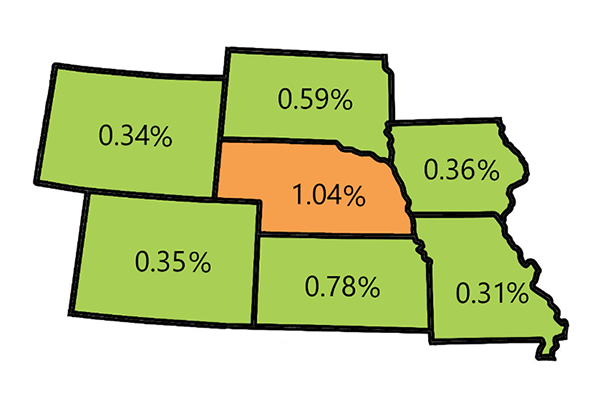 Figure 1 plainly shows the effective tax rate on agricultural property in Nebraska in 2017, 1.04 percent, far exceeds those of bordering states. Kansas’s rate, 0.78 percent, is nearest to Nebraska, but Nebraska’s rate is still 1.33 times greater. Nebraska exceeds Wyoming by more than 3.0 times, and Iowa by 2.89 times. The results are like those found in a University of Illinois study of effective tax rates using 2015 data (Figure 2). Not surprisingly, Nebraska compared unfavorably in this study as well. States in red top the nation with effective tax rates exceeding 1.0 percent. States in orange, including Nebraska, had effective rates between .75-1.0 percent. Only states in the Northeast, much smaller in terms of their agricultural sectors, had effective tax rates exceeding Nebraska’s. The bottom line of both these comparisons—Nebraska agricultural producers pay high property taxes and are clearly at a competitive disadvantage to producers in other states.