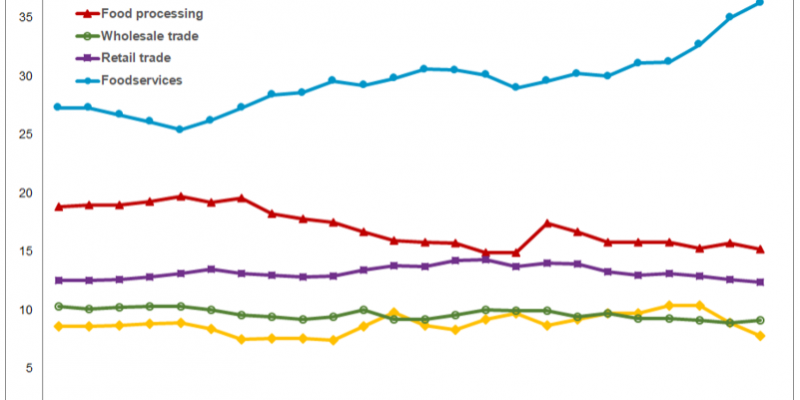 Why the difference? Swanson notes two trends. Today’s consumers want more variety and convenience. And, consumers are spending more of their food dollars outside the home. Swanson doesn’t foresee consumers going back, “I forecast that Americans will never go back to spending more on food prepared at home. The restaurant industry, supermarkets, and convenience stores work hard to make it easier and easier to avoid cooking and cleaning up at home.”

Swanson says food services accounted for 27 percent of a dollar spent on food in the early 1990s. Services now claim 34 percent of the same dollar. It is the fastest growing portion of the food dollar. The portion that goes to farmers and ranchers remained just below 10 percent during the same period. Food spending in total has grown 160 percent since 1993, so while the farmer/rancher share has not increased, the amount of dollars flowing to production agriculture from food spending has increased. To read Swanson’s blog, click here.