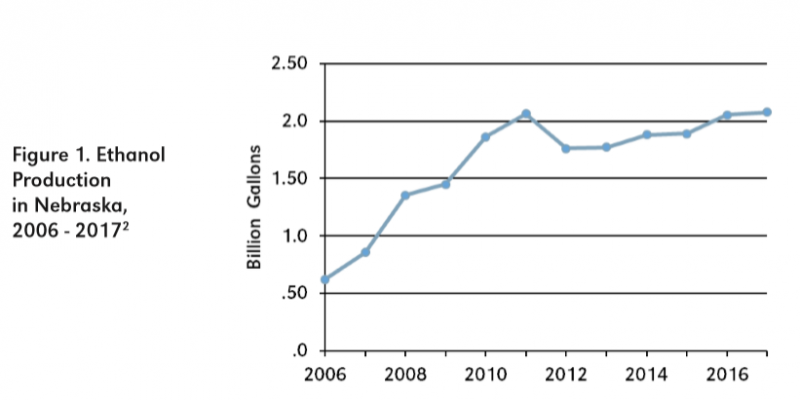 Economists at the University of Nebraska-Lincoln report the total economic output of Nebraska’s ethanol industry was $3.57 billion in 2017. The finding comes from a study examining the impact of Nebraska’s ethanol industry between 2015 and 2017. The study was funded with a grant from the Nebraska Ethanol Board. According to the researchers, ethanol production capacity in Nebraska increased 23 percent since 2014, reaching 2.56 billion gallons in 2017. In 2017, the state’s 24 ethanol plants produced 2.076 billion gallons of ethanol employing 1,453 employees. Figure 1 illustrates the growth in Nebraska ethanol production since 2006.