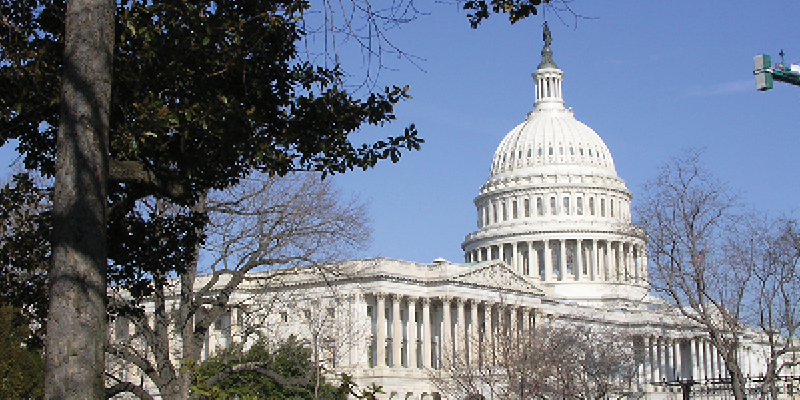 “The largest issue with the capital gains tax is preserving the stepped-up basis. Farm Bureau has long supported the elimination of federal estate taxes and supports legislation that has been recently introduced to do just that,” said Mark McHargue, president of Nebraska Farm Bureau.

According to Sherry Vinton, NEFB’s first vice president, stepped-up sets the starting value of land and buildings at what the property is worth when it is inherited. If capital gains taxes were imposed at death or if the stepped-up basis were repealed, farms and ranches would be forced to pay substantial capital gains tax bills.

“My husband Chris and I bought our ranch at the bottom of the agricultural market in 1988. Today, it supports three families, our daughter Jessica’s family, and our son David’s family. The ranch has stayed the same and has the same amount of cattle. If something were to happen to Chris and me, our children would likely end up selling some of the land or take out a mortgage to pay that capital gains tax, essentially buying the ranch all over again. This ranch is a place they have worked their wholes lives. The very policy that is designed to level the playing field for small and medium businesses might put them out of business,” said Vinton.

“It is vitally important that President Biden and his team strongly enforce the Phase 1 Agreement and should be the first thing accomplished on our trade list. This agreement only extends to the end of 2021 so a new round of negotiations must take place and an agreement must be reached by the end of the year to get our trading relationship with China back on solid ground,” McHargue said.

Export markets are extremely important to Nebraska farmers and ranchers, with agricultural exports typically accounting for 30 percent of the state’s total receipts. Every dollar in agricultural exports generates $1.28 in economic activities such as transportation, financing, and warehousing. Nebraska’s top agricultural exports in 2019 were soybeans, beef and veal, corn, and feeds and other grains.

“It’s also important to reauthorize Trade Promotion Authority (TPA), which will expire in July of this year. TPA will need to be reauthorized to allow for the completion of agreements currently being negotiated as well as any new agreements that might be reached. A good starting place would be agreements with the UK and EU, but we must ensure that any agreement between the parties includes agriculture and includes a science-based approached to trade rules,” McHargue said. The NEFB leaders also spoke in support of the United States joining the former Trans-Pacific Partnership now known as the CPTPP.

On the issue of climate and given the Biden administration’s focus on climate change, Farm Bureau has been actively preparing to ensure that farmers and ranchers are at the table during these discussions.

“We thank Congressman Don Bacon for being the primary co-sponsor of the Growing Climate Solutions Act and Sen. Deb Fischer for co-sponsoring the legislation. This bill establishes a process that allows the United States Department of Agriculture (USDA) to be able to provide transparency, legitimacy, and informal endorsements of third-party verifiers and technical service providers that help private landowners generate carbon credits,” McHargue said.

The Food and Agriculture Climate Alliance, which was founded by Farm Bureau and other organizations in February 2020, lay out a solid policy foundation for any discussion on the climate issue.  Support of voluntary and incentive-based programs along with tools and additional technical assistance for farmers, ranchers, and foresters to maximize the sequestration of carbon and the reduction of other greenhouse gas emissions and increase climate resilience is at the heart of Farm Bureaus climate policy efforts.

NEFB also thanked Senator Fischer for reintroducing the Cattle Market Transparency Act. The bill, focused on making needed reforms to the way cattle are marketed in the U.S., largely mirrors NEFB policy passed by voting delegates last year. First, the bill seeks to establish regional mandatory minimum thresholds of negotiated cash and negotiated grid trades to enable price discovery in cattle marketing regions. It also requires USDA to create and maintain a publicly available library of marketing contracts between packers and producers in a manner that ensures confidentiality. A mandate for packers to report to USDA of the number of cattle scheduled to be delivered for processing each day for the next 14 days and require USDA to report this information daily is also included. Finally, it prohibits the USDA from using confidentiality as a justification for not reporting and makes clear that USDA must report all Livestock Mandatory Reporting (LMR) information, and they must do so in a manner that ensures confidentiality.

“Given the changes made to American Farm Bureau (AFBF) policy, changes that largely came from the work of Nebraska Farm Bureau’s Cattle Markets Task Force and voting delegates, both NEFB and AFBF are strongly supporting Senator Fischer’s efforts,” McHargue said.

Those attending the virtual Washington, D.C. visit were: