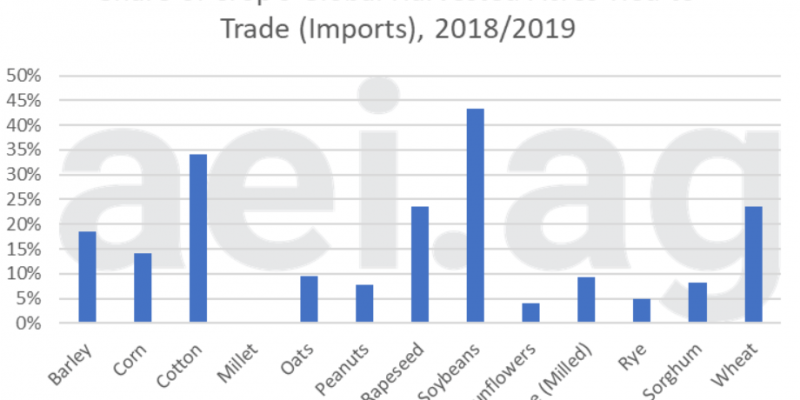 Widmar calculated that production from 19 percent of the world’s harvested crop acres were shipped as imports in 2018/19, a percentage has grown over time. In the early 1960’s, 10-12 percent of the world’s harvested acres went for trade, rising to 15 percent in the 1980’s. The percentage fell to 12 percent in the 1990s before beginning to climb to its present level. As a result, world agriculture is more reliant on trade now than anytime previously.