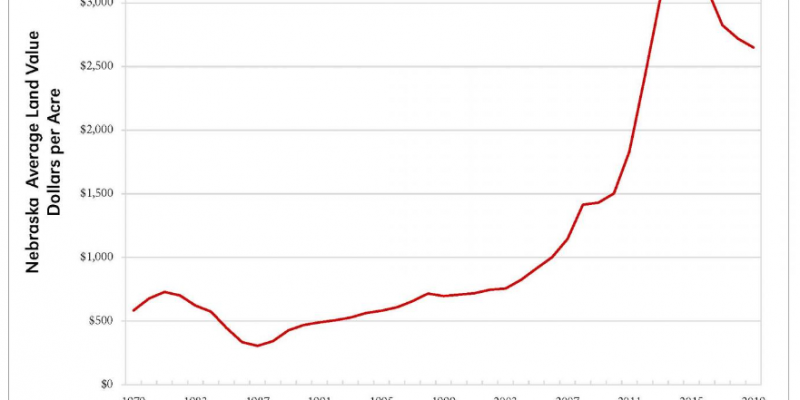 The University of Nebraska Agricultural Economics Department annual real estate survey shows the average market value of agricultural land in Nebraska declined 3 percent this year compared to last year. The average land value is now $2,650 per acre. This marks the fifth consecutive year of declines in value as market values have dropped approximately 20 percent since reaching a high of $3,315 in 2014. The annual February survey conducted by the department questions land industry professionals in Nebraska on land market happenings.

Agriculture Economic Tidbits on the Web