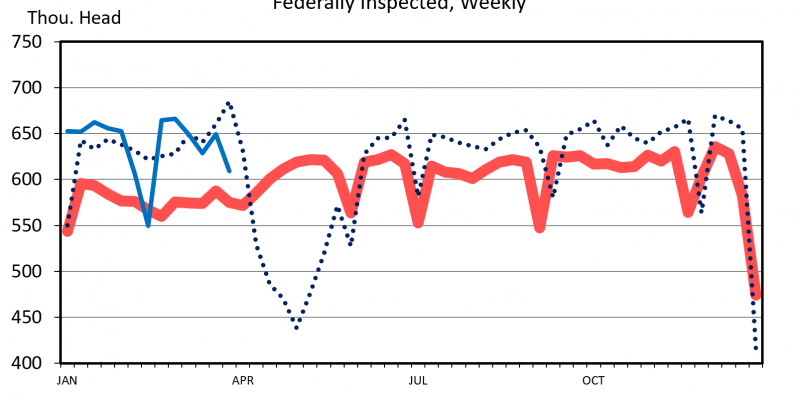 The COVID-19 induced shutdown of several beef processing plants last year forced many industry participants to scrutinize resiliency and capacity issues within the industry. Prior to COVID-19, the processing sector was operating at or near capacity, one reason the shutdown created such havoc in the markets. Research has shown livestock prices are sensitive to levels of capacity utilization. A model developed by agricultural economists at Kansas State and Iowa State Universities estimated that each 1 percent increase in national beef packing plant utilization corresponded to a 1.32 percent reduction in fed cattle prices. In other words, an increase in the utilization of capacity results in lower prices for cattle as the packers have less capacity to process cattle and thus, less demand for cattle.

The plant shutdowns, capacity utilization, and concentration in the industry have led to calls for more processing capacity, especially small to medium-sized facilities. It appears, to some extent, the calls are being heeded. National Beef has announced a $100 million expansion at its Tama, IA, facility to double its processing capacity to 2,500 per day. It hopes to be up and running sometime in 2022. Although in the works prior to COVID-19, Prime Beef Packers in Pleasant Hope, MO, was expected to open earlier this year. The facility is a modified pork facility and is expected to process 500 head of cattle per day. Closer to home, Sustainable Beef in North Platte announced a $200-$300 million project to process 400,000 cattle per year, roughly 1,500 head per day. The company will operate as a modified cooperative where patrons subscribe cattle to the plant for slaughter and receive a portion of the profits. It hopes to begin operation in 2023. Much smaller facilities are under construction in North Dakota and Kentucky.

Combined, the above projects would account for approximately 4 percent of the current national weekly slaughter rate (see chart below). As such, the projects will not have much impact on overall processing resiliency or concentration, but, for cattle producers near these facilities, the projects will offer alternatives.

U.S. Economy Puts the Pedal to the Metal