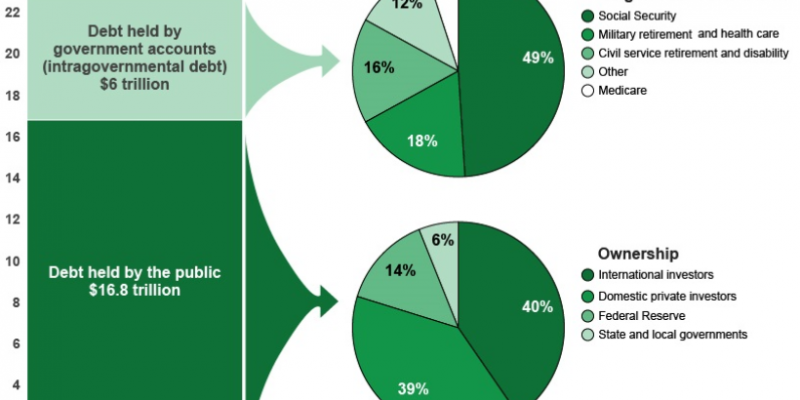 President Reagan was quoted as saying that if the game Trivial Pursuit were designed by economists, the game would have 100 questions and 3,000 answers. President Reagan’s quip is the title of a Tidbits feature called . . . “100 Questions and 3,000 Answers.” This feature highlights a question or comment from a reader along with a response. Send questions or comments to jayr@nefb.org.

Question: How will the federal government pay for the CARES Act?

Response: The CARES Act directs $2.2 trillion in loans, grants, and benefits to businesses, individuals, and state and local governments to counter the economic slowdown resulting from the COVID-19 outbreak. Persons wanting more information on how the CARES Act applies to agricultural operations should go to: www.nefb.org. Since the federal government was already operating with a budget deficit pre-COVID-19, the money to fund the act will likely come from increased borrowings. According to the Government Accountability Office (GAO), the government’s debt amounted to almost $23 trillion following fiscal year 2019 with the debt held by the general public (74 percent) or other government programs running surpluses like the Medicare trust fund or the Social Security fund (26 percent). The government borrows money by issuing securities like bills, notes, and bonds which are backed by the full faith and credit of the U.S. government. The securities are offered in a wide range of maturities and investors include private investors, state and local governments, international investors, and the Federal Reserve.

Foreign investors hold 40 percent of the debt held by the public, slightly more than U.S. private investors. Figure 3 shows which countries hold the most debt. China, excluding Hong Kong, holds the largest amount at $1.19 trillion, and Japan follows at $1.02 trillion. The GAO reports that more than 75 percent of the foreign holdings of Treasury securities can be attributed to 14 countries. In an ironic twist of fate, it’s likely the country where COVID-19 first emerged, China, will help fund the U.S. federal government’s response to the pandemic.

Figure 2. Debt Held by the Public and Intragovernmental Debt, FY 2019