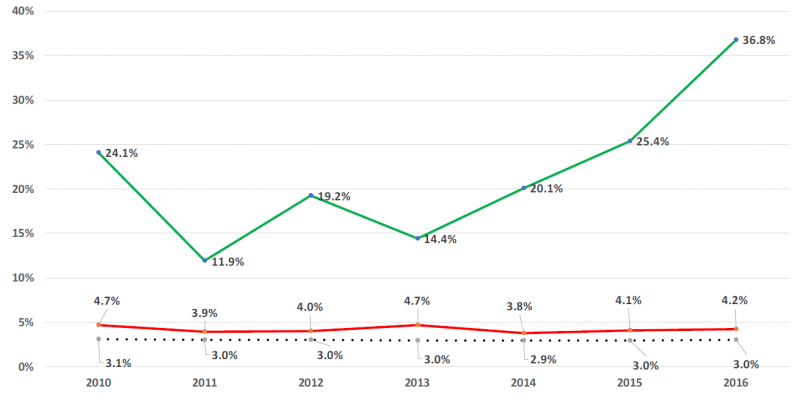 Goss & Associates said that because income growth in the business and household sectors is constant over time, and is consistent with property tax growth, property taxes as a share of income for these sectors remain constant, ranging between 2.9 to 4.7 percent. Income in agriculture, though, varies considerably from year-to-year, so property taxes as a share of income varies each year, ranging from a low of 12 percent in 2011 to a high of 37 percent in 2016. And, since 2016, agriculture’s tax share has increased even more because farm income has declined, while property taxes have not.