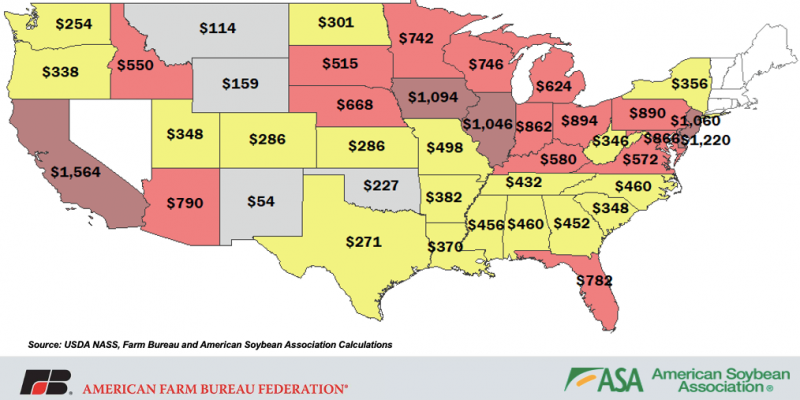 Farmers and ranchers, like other asset owners, use a step-up in basis to scale-back capital gains taxes. Taxes on capital gains are imposed when an asset like land, buildings, or breeding livestock is sold. The tax is calculated on the difference between the value when the asset was purchased and when it was sold.

The basis step-up allows the value to reset upon transfer following a death. In other words, the asset value for capital gains purposes is reset to the value when transferred. The next generation of owners then are only responsible for taxes on the capital gain since taking ownership if they decide to sell the property and not the gains realized under the previous owner.

Legislation introduced in Congress has proposed changes to the capital gains tax. One proposal would eliminate the step-up in basis on inherited property. Another would levy the capital gains tax on inherited property upon death regardless of whether the property is sold. Both proposals effectively eliminate the step-up in basis and mean those inheriting agricultural land could face large tax bills.

The American Farm Bureau and American Soybean Association estimated the per acre capital gains tax on land in each state given the average appreciation in cropland values between 1997 and 2020 (Figure 1). A tax rate of 20 percent was assumed. Nebraska landowners could face an estimated $668 per acre in taxes if the stepped-up basis were to be repealed. A person who in 2020 sold an inherited parcel of land which was originally purchased in 1997 could expect to pay a tax of $668 per acre on the gain. This equates to 339 percent of the average cash rental rate for cropland in 2020. Imagine the tax bills for agricultural land held 30 or 40 years, which is not uncommon.

Taxes of this magnitude would increase the transaction costs of buying and selling land, making owners of inherited property more hesitant to sell. Access to land at an affordable cost is repeatedly mentioned as a top concern for young people wanting to enter farming and ranching. Removing the step-up in basis would only exacerbate the problem as land owners would be less likely to sell due to the tax consequences. Higher taxes and transaction costs would also make it more difficult for producers to upgrade operations or shed unneeded assets to respond to market signals. This could impact the overall productivity of the agricultural sector. Enactment of either of the proposals regarding capital gains tax risks significant economic disruptions for Nebraska farms and ranches.

Buy, Sell, or Trade for FREE