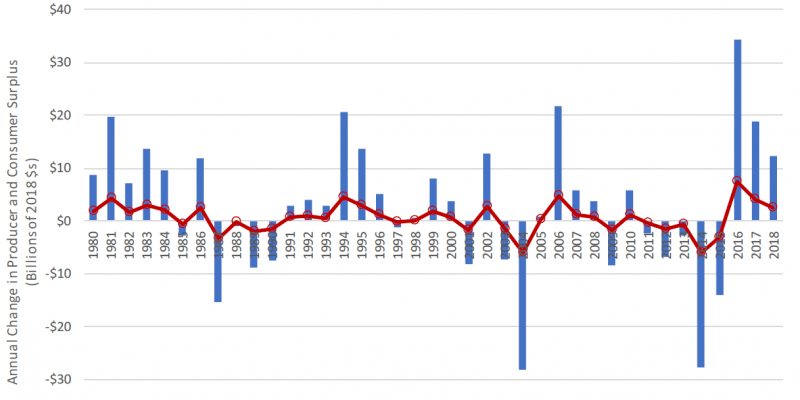 Prices for goods and the quantities supplied or demanded change in markets. The changes could represent movements along supply/demand curves or shifts in supply/demand.

Jayson Lusk and Glyn Tonsor, researchers at Purdue University and Kansas State University respectively, have developed supply and demand indices to examine markets and analyze structural adjustment patterns over time. Demand indices isolate changing consumer preferences; supply indices measure changes in productivity and supply. To demonstrate the value of such indices, Lusk and Tonsor used them to examine the demand, supply, and welfare in the fed cattle sector as part of their research. For purposes of their analysis, producers of fed cattle included feedlots, stockers, and cow-calf operators. Consumers included packers, retailers, and final consumers.

Approve
0
Not Sure
1
Disapprove
0
Previous

Statement by Steve Nelson, President, Regarding Announcement of Stabilization Grants for Livestock Producers