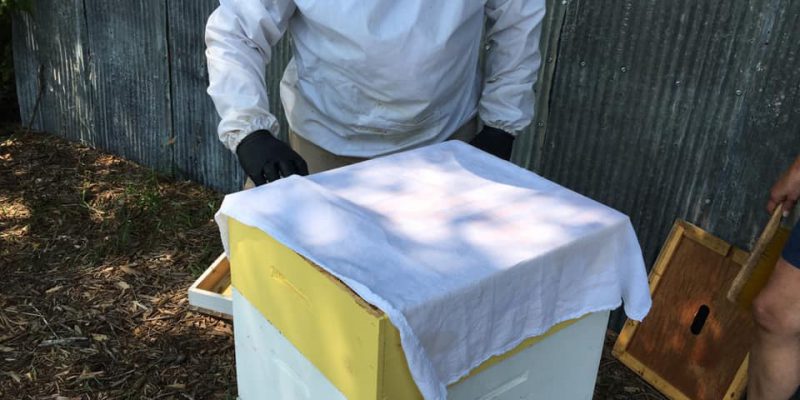 On a small acreage outside of Syracuse, in the distance you can hear the buzz of working bees making honey. Lois Linke enjoys living in the country and, as a former teacher turned beekeeper, she looks forward to seeing the bees dance from her flower and vegetable garden to their hives gathering nectar and working until the mid-August honey harvest.

She began writing about her bee experience on her Facebook page and has gathered new friends eager to learn more about the journey of her bees and the sweet success of their labor. She is a Rock County Farm Bureau member.

Lois has been raising bees for three years. The first two years alongside her husband Karl. This past year Karl died unexpectedly, and Lois was left to care for the bees herself. Raising bees is no easy task. It takes a lot of heavy lifting as both of her hives have between 10,000 to well over 60,000 bees. Karl would be proud of her dedication to their bees.

“I have a lot of mentoring from fellow beekeepers, which I appreciate so much. We started raising bees three years ago with the intent of harvesting honey for my family. We have two hives; I like to call Hive B and Hive C (we lost Hive A mid-summer). The first year the honey raised was used to keep the bees alive for the winter. To get through a Nebraska winter, bees need approximately 30-60 pounds of honey (8-9 full frames),” Lois said.

This year Hive B showed no progress in the second honey super (the honey super refers to the box placed on top of a beehive for bees to store honey). All nine frames were empty, and she couldn’t even see a sign of drawn comb, which covers thousands of individual wax cells.

The honey super (in yellow) is placed on top of the beehives from June – Aug to collect the honey used for consumption.

“Hive C, which swarmed in June, was doing very well as a new colony. The bees were capping brood or raising their new bees and making honey for themselves, but it was too late in the season to expect any honey to harvest,” Lois said.

Capped brood are individual cells where new bees are developing and the honey around it is used as food for the hive.

So, after months of gathering nectar, it’s time for harvest. It changes from year to year, but generally occurs around mid-to-late August.

“Honey harvest is a day I’ve been waiting for nearly two-years. Though the top honey super was empty, the lower one was full of capped honey and bees. Before taking that super off, we needed to get the bees out. My mentor and I used a product called Bee Go. It smells like body odor or worse. By pouring some on a tea towel and draping the towel over the honey super, it caused the bees to move downward into the brood box, which is the lower portion of the superstructure or the box the bees live inside. They didn’t like the smell any more than we did and in just a short time, the bees did just as they should and moved down into the brood box,” Lois said.

The real fun happens in the shop, where one by one, the frames were taken out of the super. A heated knife was used to scrape the wax caps off each side of each frame. Four frames were placed in the extractor at a time and after a few spins, the centrifugal force resulted in a pool of honey in the bottom of the extractor. This process had to be repeated for both sides of the frames.

The honey extractor spins to take the wax and impurities out as the honey starts pouring out of the extractor.

“Once all the frames were emptied, the spigot at the base of the extractor was opened and the honey poured through a mesh strainer into a food safe bucket,” Lois said.

There is nothing like fresh biscuits and fresh honey after harvest!

Message from the Editor 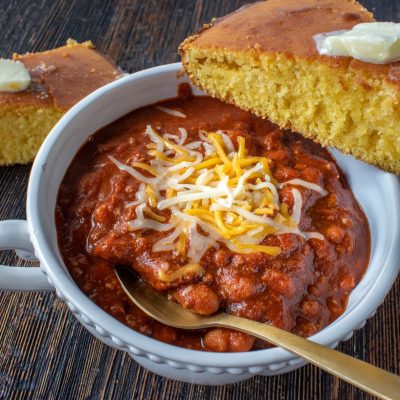 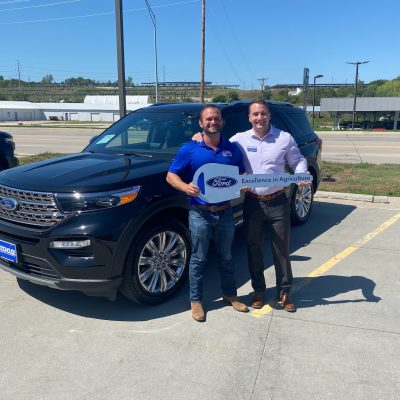 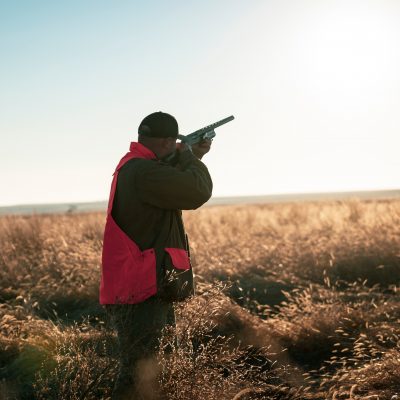 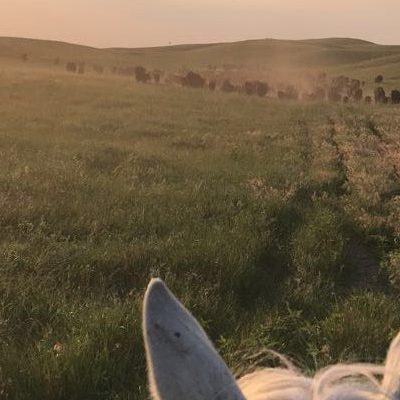 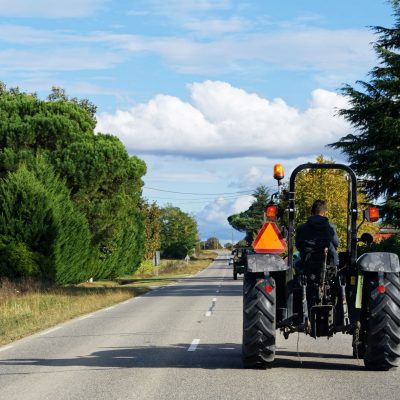 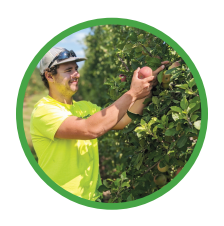