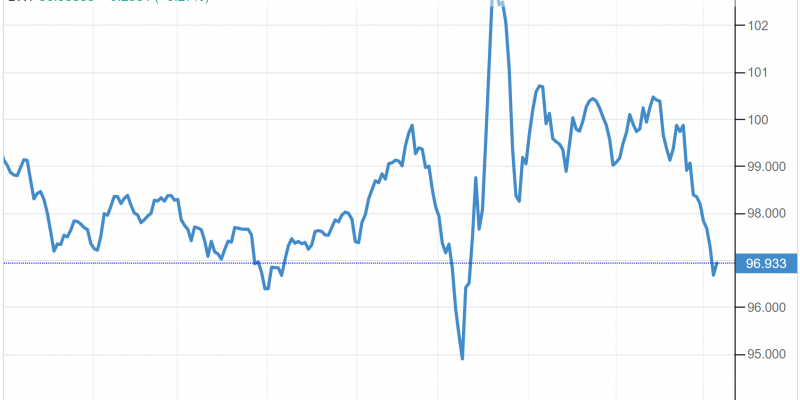 Perhaps an amusement park should name a roller coaster after the U.S. dollar after the wild ride it’s been on in 2020. One of the impacts to agriculture from COVID-19 somewhat overlooked is the roller coaster ride the value of the dollar has been on since the beginning of the year (Figure 1).

Figure 1. Value of the U.S. Dollar