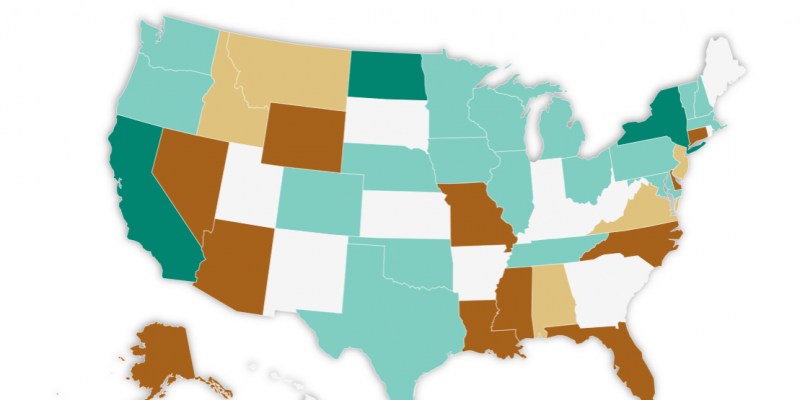 Nebraska’s per capita real gross domestic product (GDP) in 2018 equaled $58,141 and ranked 16th highest amongst the 50 states according to an analysis by SSTI of Bureau of Economic Analysis data.  SSTI is a national nonprofit organization which offers information on the economy.

New York, Massachusetts, and Alaska topped the country, each with per capita real GDPs of greater than $70,000. Mississippi, Arkansas, and West Virginia had the lowest per capita real GDPs. Resource-rich North Dakota (6th) and Wyoming (8th) ranked ahead of Nebraska, as did Colorado (13th). Iowa, Kansas, and South Dakota were 21st through 23rd respectively. Over the past 10 years, Nebraska ranked as high as 11th in 2010, 2012, and 2013, but has since fallen one spot every year over the past five years.

Nebraska was also in the top half of states in terms of growth in per capita real GDP over the past 10 years with a growth of 11.6 percent (Figure 1). North Dakota led the nation with a growth of 29.6 percent fueled by the oil economy, followed by New York and California, both boosted largely by a growth in the knowledge economy. Several states, including Missouri and Wyoming, saw their per capita real GDP contract over the last 10 years.