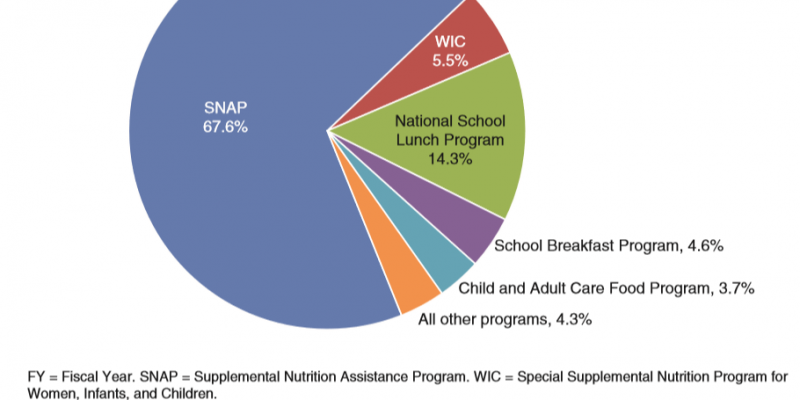 When people think of the USDA, thoughts of farm or conservation programs usually come to mind first. It’s sometimes overlooked that the USDA administers fifteen food and nutrition assistance program which for over two-thirds of its annual spending.

Figure 2 shows annual spending on SNAP from 2000-2018 along with the average monthly number of participants. In 2018, 40.3 million people per month, or 12 percent of the population, participated in SNAP. Last year marked the fifth consecutive year the number of participants declined. The decline in participation is these programs is another indication of a healthy economy along with the low unemployment rates and increased wage growth.