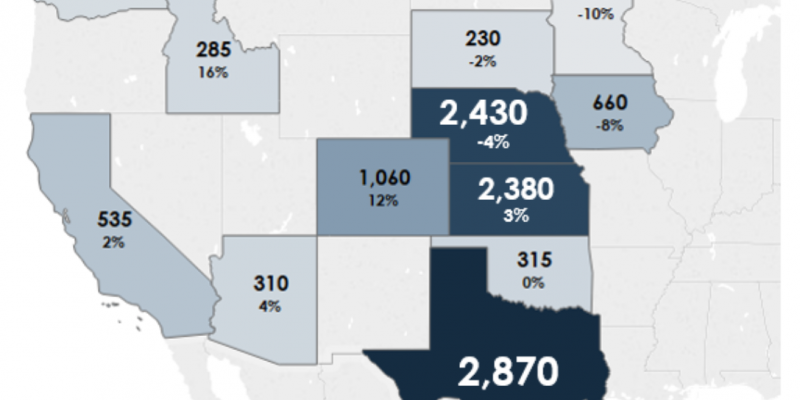 Nebraska feedlots with more than 1,000 head capacity contained 2.43 million cattle on June 1 according to the USDA National Agricultural Statistics Service. The number was down 4 percent compared to last year.

Placements in May were 460,000 head, down 1 percent while marketings were unchanged at 575,000 head. Nationwide, the total feedlot inventory numbered 11.7 million head, up 1.6 percent compared to 2018. Figure 1, created by American Farm Bureau, shows the number of cattle on feed in the major beef producing states and the percentage change from last year. Nebraska remains the second-largest cattle feeding state behind Texas. Texas, Nebraska, and Kansas combined contain 65 percent of the nation’s on-feed cattle inventory.

Farmers of the Future