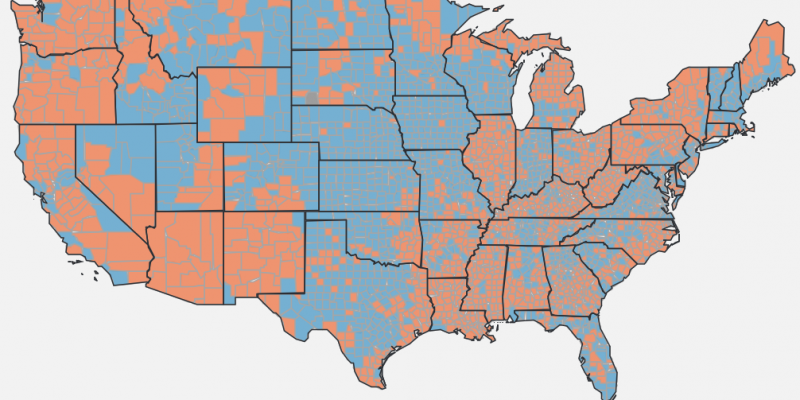 Source: The FRED Blog: One rate does not rule them all, Federal Reserve Bank of St. Louis, June 17, 2019

Low employment rates are a positive for rural areas as low rates are a sign of a healthy economy. However, another factor in a healthy economy is a growing workforce. On this front, rural areas don’t appear to fare as well. Figure 2 graphs changes in the metro and nonmetro labor forces since 2007. The graph uses 2008 as the base year. Any point above the line at 100 shows a growing workforce compared to 2008 and any point below the line shows a shrinking workforce. According to Figure 2, the labor force in nonmetro areas rose slightly through the first half of 2009, then turned downward and in 2016 equaled less than 98 percent of its 2008 level. In contrast, the labor force in metro areas has been growing to where it was almost 5 percent greater in 2016 compared to 2008. Experts attribute much of the labor force decline in nonmetro areas to an aging population.

Their Tops are Made Out of Rubber