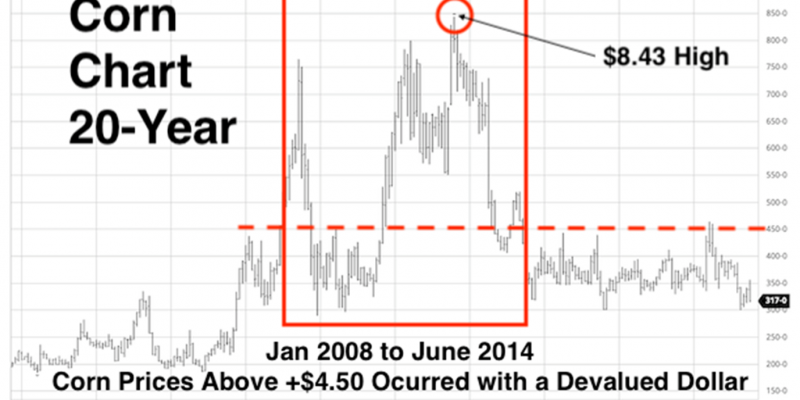 Corn prices received by Nebraska producers are determined by global supply and demand conditions. A factor which influences both supply and demand is the value of the dollar. Figures 2 and 3 come from The Van Trump Report, distributed daily by Kevin Van Trump.

Figures 2 and 3 underline the role international trade and global economic conditions play in the economic health of Nebraska producers. Receipts to producers from corn sales rank second in the state behind cattle. Corn exports generally comprise 10-20 percent of U.S. corn production. Clearly the value of the dollar has some say in the price of corn. This is equally true for other major Nebraska commodities like soybeans, where in some years nearly 50 percent of production is exported, and beef, 10-12 percent exported. It’s no coincidence farm income turned south when the value of the dollar started to climb. The value of the dollar has fallen in recent weeks. Perhaps it’s a sign of better times to come for agriculture.