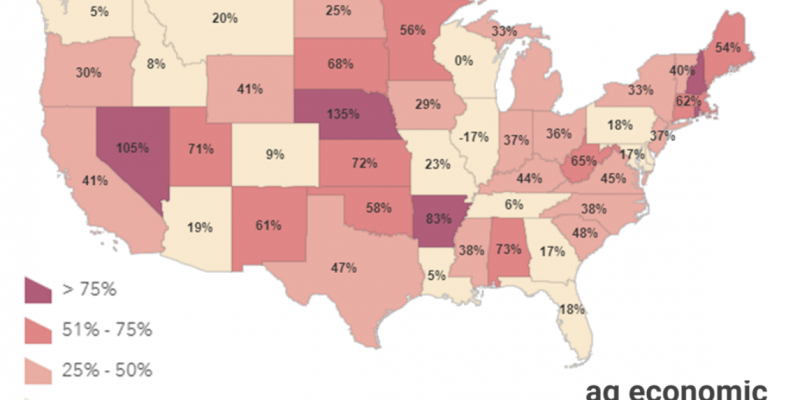 Figure 1 shows state-level changes in property tax expense in each state between the average in 2000-2004 versus the average in 2015-2017 based on USDA Economic Research Service data. Quoting Widmar, “Some states experience large—almost unbelievable—increases: Nebraska (+135%), Nevada (+105%), Arkansas (+83%). Remember, a 100% increase is doubling the expense. . . Nebraska stands out—a theme throughout this post. Changes in farm property expenses in Nebraska outpaced its neighbors dramatically. Colorado and Iowa observed very small changes, while Kansas and South Dakota had modest increases.”

Nebraska farmers and ranchers compete in a global market where every nickel, dime, or dollar of expense count. Unfortunately, Widmar’s analysis once again shows Nebraska producers start behind competitors from the starting gate due to the high property taxes they face. One can almost hear Tommy James now . . . over, and over, and over. To read Widmar’s analysis, go to: https://aei.ag/2019/07/29/farm-property-taxes-part-ii-a-geographical-look/