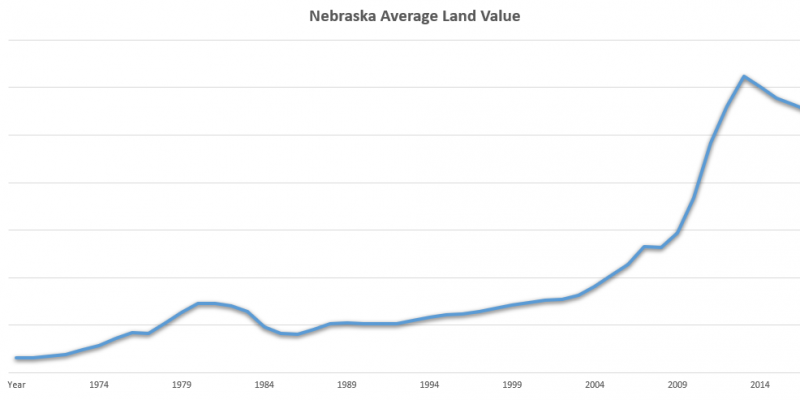 The increase in value in 2019 marks the end of four consecutive years of declines, the most since the mid-1980s when values declined five consecutive years. Since 1971, average land values declined in 13 years, or 27 percent of the time. In contrast, average land values increased in 36 years. Average values increased by more than 20 percent in six years, but in only one year did the average value decline by more than 20 percent.

Source: NEFB calculations based on data from USDA