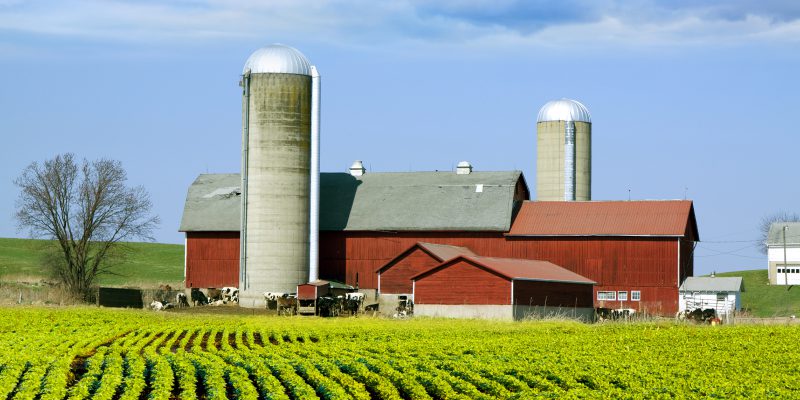 LINCOLN, NEB. – In a letter to U.S. Secretary of Agriculture Tom Vilsack, Nebraska Farm Bureau President Mark McHargue expressed extreme disappointment with a recent opinion piece in the Wall Street Journal where Vilsack claimed the capital gains tax provision known as “stepped-up basis” protects investors, not farmers and ranchers. Stepped-up basis is an important and long-standing federal tax provision that helps minimize capital gains tax for those who inherit property, helping limit situations where Nebraska farm and ranch families could be forced to sell part of the family farm or ranch, just to pay capital gains taxes when triggered by a death and generational transfer.

“The assertion that, ‘keeping stepped-up basis doesn’t protect farmers,’ but rather ‘protects investors’ is not only incorrect, but insults farmers and ranchers who have spent their lives working in hopes of passing a viable operation to the next generation. What the op ed trivialized as ‘investors’, are in truth the sons, daughters, and grandchildren of Nebraska’s farm and ranch families. They are the future stewards of our country and world’s food system. Few words can describe agriculture’s collective disappointment in having a piece written by the U.S. Secretary of Agriculture, which so publicly portrays them as little more than ‘stockholders,’” wrote McHargue.

Nebraska Farm Bureau is actively opposing proposals at the federal level that would lead to tax hikes on Nebraska family farms, ranches, and businesses, including proposals to eliminate the stepped-up basis provisions.

“The lack of real details from the Biden administration, and those in Congress who support efforts to eliminate stepped-up basis, has only created fear and unease across the country. Eliminating stepped-up basis threatens family businesses across the spectrum,” wrote McHargue. “While we did not always agree on every issue, we expect the Secretary of Agriculture to stand up for our industry. That confidence has taken a tremendous hit following the piece in the Wall Street Journal opinion editorial. Please know that we will use each and every tool at our disposal to defeat this misguided and partisan attack on a vitally important long-standing piece of our nation’s tax code.”