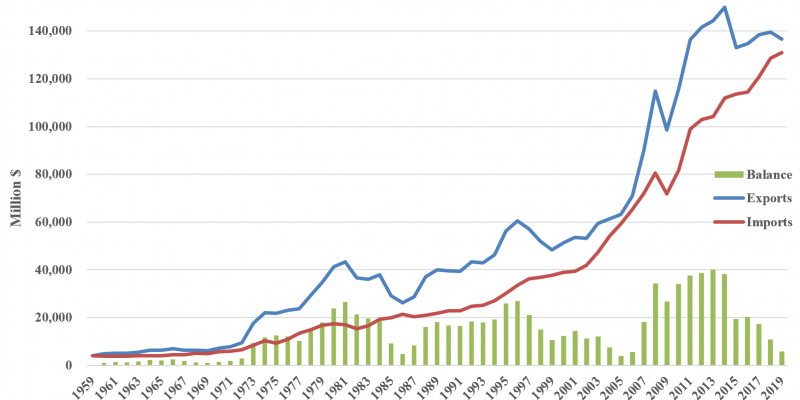 The net result—the disappearance of the U.S. agricultural trade surplus. The same pattern occurred in 2019. Through July, it looked like the U.S.’s 59-year streak of surpluses in agricultural trade might be broken but exports rallied, and the U.S. once again posted a surplus of $5.7 billion to continue the streak for a 60th year. The last time the U.S. ran an agricultural trade deficit was 1959 when Dwight Eisenhower was president. Since then, the U.S. has consistently sold more agricultural goods overseas than it has bought, reaching a surplus high of $40 billion in 2013.

Can U.S. exports finish strong for a 61st consecutive year with a trade surplus? That will likely depend on one country—China. Reports have suggested a hefty amount of corn and soybeans were shipped to China in August, and purchases by China for shipment in the new crop year look promising. China has also been in the market for U.S. beef, pork, and wheat. These purchases need to continue. If not, 2020 might be the first year since 1959 the U.S. does not enjoy an agricultural trade surplus.