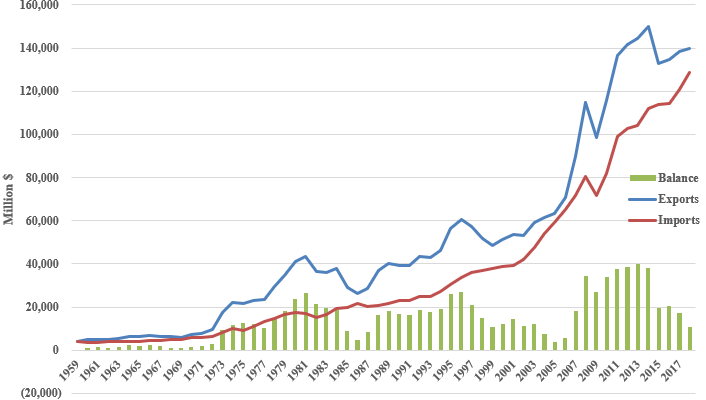 Figure 2 provides examples of the struggles for U.S. agricultural exports this year. It shows the percentage changes in exports this year compared to last year for exports of six different agricultural goods important to Nebraska. Seven months into this year, wheat is the only Nebraska export commodity showing a gain at 25 percent over last year. Exports of red meat are holding their own, but corn, soybeans, animal feed, and hides are off compared to last year. Retaliatory tariffs implemented by trading partners, foreign competition, and a strong dollar are all contributing to less exports this year. Meanwhile, U.S. economic growth fuels consumers buying of coffee, fruits and vegetables, wine, and other imports.

Just over three months remain in the year. Exports of agricultural products can still surge to finish out the year, particularly if there’s some movement with China or the agreement with Japan is finalized. Passage of the USMCA with Canada and Mexico could help too. If not, 2019 might be the first year since 1959 the U.S. does not have an agricultural trade surplus.

Statement by Steve Nelson, President, Regarding Trade Deal with Japan