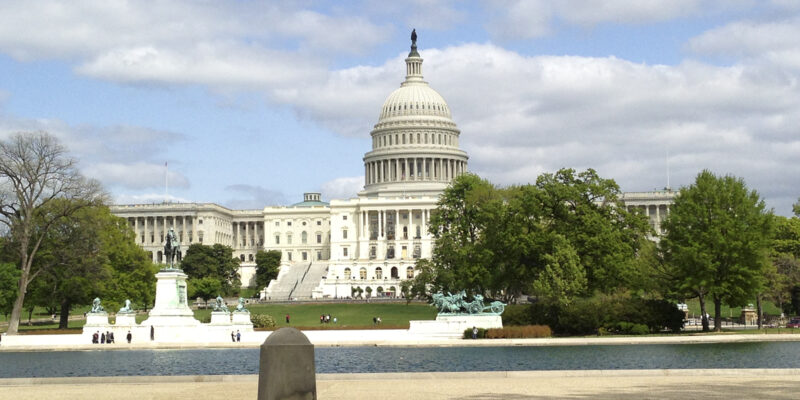 LINCOLN, NEB. – Nebraska Farm Bureau’s Board of Directors expressed its opposition to the reconciliation package that has been working its way through Congress, in a letter to President Biden and Congressional leaders this week.

“Given what the federal government has spent over the past 21 months, combined with the threat of massive tax increases that look to put the future of family farms and ranches at risk, we simply cannot support this legislation. Unfortunately, it is clear to us this package is a work of party politics rather than sound public policy,” said Mark McHargue, president of Nebraska Farm Bureau.

Congressional Democrats along with the Biden White House are still negotiating the $3.5 trillion package which combines substantial increases in federal spending, utilizing Senate rules that would allow the bill to pass with only a simple majority vote. The House Agriculture Committee recently marked up their portion of the bill which included $7.75 billion for research, extension, education, and urban agriculture projects; $18 billion for rural development, energy, biofuels, and broadband projects; and $40 billion for forestry projects. However, controversy erupted in the committee when democratic leaders failed to detail $28 billion in conservation and climate funding claiming the funds would be added in at a later date.

“The House Agriculture Committee alone failed to provide any detail on $28 billion in conservation/climate that is planned to be included but only promises that it will be added later. This is just one of many examples where it is clear the desire to quickly pass this legislation due to political expediency is surpassing sound public policy decision,” McHargue said.

In order to utilize Senate reconciliation rules, the bill includes significant tax increases in order to meet the requirement that it be budget neutral. Earlier versions of the legislation had included capital gains tax increases via the elimination of capital gains tax provisions known as stepped-up basis and 1031 like-kind exchanges. Both provisions are strongly supported by farmers, ranchers, and other businesses. Following pressure from agriculture and business groups, House lawmakers have thus far left those provisions out of the legislation.

“There are many who have tried to mischaracterize these tax provisions as ones only used by the super wealthy, that simply isn’t true. Eliminating stepped-up basis alone would subject many farm and ranch families to a new tax burden, lead some to have to sell portions of their operation to pay the tax bill, further consolidation in agriculture, and would put our nation’s food security at risk,” McHargue said.

House lawmakers are still working with the Senate to create a package that would be able to withstand the united opposition of Republicans on both sides of Capitol Hill. While the elimination of stepped-up basis and 1031 like-kind exchanges have thus far been left out of the latest version of the reconciliation package, Nebraska Farm Bureau is working to ensure they are left out of whatever final package is put together.

“Nebraska Farm Bureau contends that no farm or business should find itself in the position of needing to sell a part of their land or operation just to pay capital gains taxes,” McHargue said