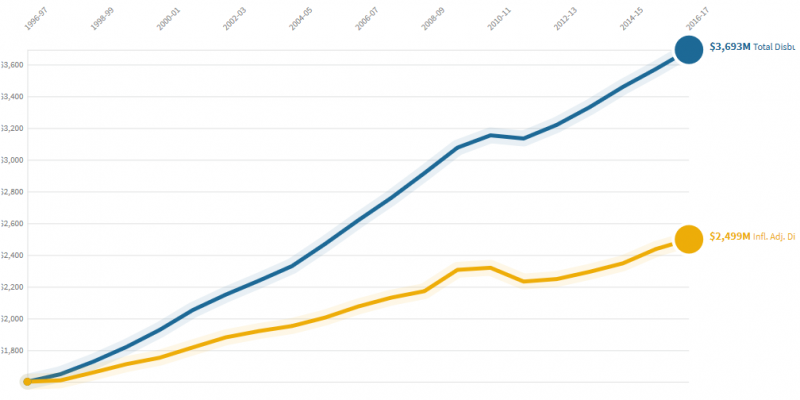 The need for greater control of local spending has been mentioned repeatedly during tax reform discussions over the past few years. School spending, because schools account for roughly 60 percent of the property taxes levied, are often a focus of the spending control discussions. This week, Tidbits delves into trends and the history of school spending since school year 1996-97.

This look at spending does not account for changing laws, different levels of state aid over time, changes in curriculum or course offerings, staffing levels, and various other factors which can influence school spending. It simply takes a high-level look at disbursements over time. For a more detailed analysis, the Legislative Fiscal Office Report can be found at: https://nebraskalegislature.gov/pdf/reports/fiscal/k-12_school_data-2018.pdf

Check Up on Nebraska & U.S. Economies