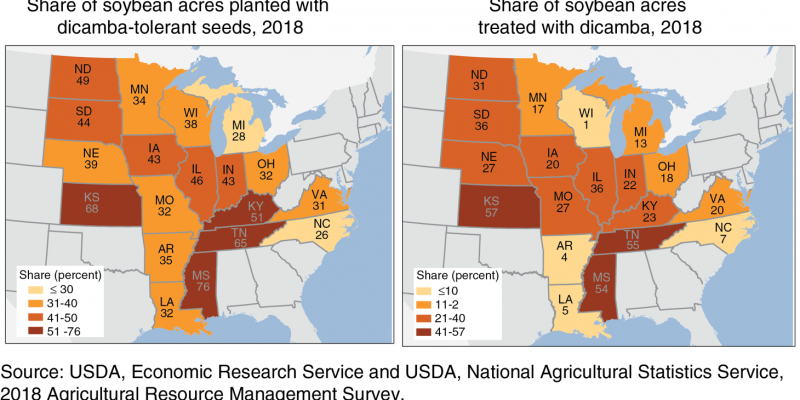 The figures come from farmers’ responses to surveys conducted by the USDA National Agricultural Statistics Service. The survey results also showed that 27 percent of Nebraska’s soybean acres were treated with dicamba, even though 39 percent of Nebraska’s soybean acres were planted to dicamba-tolerant seeds. This is consistent with all the 19 states studied by the USDA. More acres were planted to dicamba-tolerant seed than were treated with dicamba.