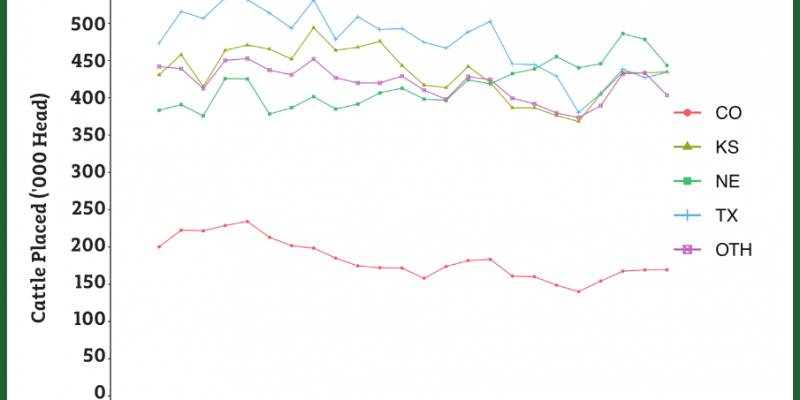 Dr. Elliot Dennis, an assistant professor of Livestock Marketing and Risk Management at the UNL Department of Agricultural Economics, reports Nebraska feedlots have moved away from feeding lower weight cattle and towards feeding heavier cattle (800+ pounds) since 1996.

Dennis’ findings were highlighted in an article in the October Edition of Nebraska Cattleman, the monthly magazine of the Nebraska Cattlemen. Dr. Dennis examined monthly data from USDA Cattle on Feed reports for Colorado, Kansas, Nebraska, and Texas looking at feed placements and weight classes. His goals were to show how state-level cattle placements have changed, how placements have changed in Nebraska, and to compare placement decisions between Nebraska and Texas.