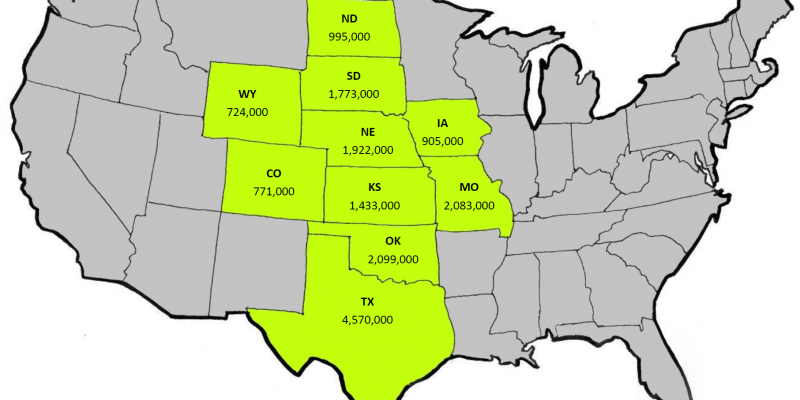 It begins with the state’s cow/calf sector. Without it, Nebraska’s cattle and beef industry wouldn’t play the prominent role it does in the state. For example, a recent economic impact study by the University of Nebraska-Lincoln (UNL) showed the state’s cattle industry (including dairy) contributed $4.3 billion to the state’s gross product. Nor would the industry play the prominent role it does nationally—fourth in number of beef cows; third in cattle on feed; and tops in beef processing. According to the USDA National Agricultural Statistics Service (NASS), as of January 1, Nebraska’s beef cows numbered 1.92 million head, roughly one cow for each Nebraskan. Only Texas, Oklahoma, and Missouri have greater numbers of cows (Figure 2). It’s probably a pretty sure bet, though, that these states can’t match Nebraska’s cow-to-citizen ratio.

Source: NEFB graphic based on data from the USDA National Agricultural Statistics Service