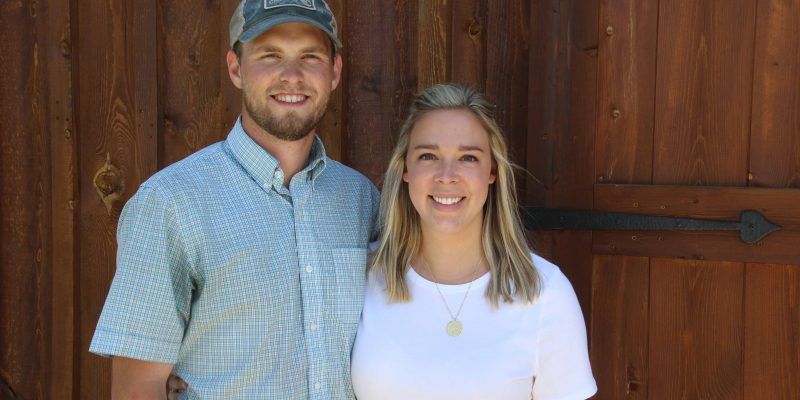 As the warm summer sun shines down, a herd of young calves and their mothers gather around a pond tucked away in a Buffalo County pasture. The scene is a small piece of heaven that Alec and Meredith Ibach like to call home. They are the fifth generation on the family farm and ranch near Sumner, raising corn, soybeans and beef cattle. After starting his career with Farm Credit Services, Alec returned to the farm in 2018 with a mission continue and grow his family’s legacy.

“I came back to the farm to help my parents farm and ranch it for them, but in order to make sure that we had a sustainable operation, I wanted to make sure that I had some supplemental income. So, a colleague of mine and I decided to start our own Ag Inputs business.” Alec said.

That business, Apache Ag, serves farmers and ranchers in the Sumner area and across Nebraska.

“I love working with other farmers and helping them better their business. My favorite part is learning from farmers I’ve admired growing up. My business partner, Nate, and I love working with the Channel seed team in Central Nebraska,” Alec said.

Meredith Ibach serves their community in another way, as an elementary school teacher in Kearney. Meredith began teaching in Omaha but made the move to the more rural part of the state with Alec. Farming and ranching with her husband allows her to bring experience and an agricultural perspective into her classroom.

“We had somebody come in from the county Farm Bureau board to read to the students a book about John Deere. A lot of the students didn’t know who or what a John Deere tractor was and the reason that the tractors are working in the field. Being able to have an education about agriculture, even in kindergarten, has been really beneficial for my students,” Meredith said.

While Alec’s parents own the farm and ranch, they entrust him to help manage the family business. They raise primarily Angus cattle, focusing on an all-natural and non-hormone system that they market to Nebraska feeders who target European, Japanese and select markets around the U.S.  To ensure they are raising a quality beef product while protecting the environment, Alec says they institute rotational grazing practices.

“We focus on about a two- to three-week rotational grazing system, and one of the reasons we do rotational grazing is to focus on conservation management of the resources that we have. Our cattle have been grazing this land for probably 60 or 70 years. So, in order to maintain our resource, we have to treat it right,” Alec said.

The Ibachs also hay and grow corn to be cut into silage they use to feed their herd during the winter months. Other crops they raise are marketed to local elevators. It’s this diversification that has helped make their operation more sustainable.

Family is everything to Alec and Meredith. “I wouldn’t be able to do this without a partner like Meredith because it takes a lot of time and there’s a lot of variability in farming,” Alec said.

“It really is a testament to Alec and his team that he is out on the ranch and running a business, doing an amazing job. It is really cool for me to get to see that side of him,” Meredith said.

Alec and Meredith also serve together on the Nebraska Farm Bureau Young Farmers and Ranchers committee as the Central Region representatives. They say that experience has allowed them to meet farmers and ranchers from every corner of the state and learn about all the different forms of agriculture. It has also given them the opportunity to represent all of Nebraska’s young farmers and ranchers when meeting with elected officials.

“We went to Washington D.C. on a Farm Bureau national affairs trip, and I would say our senators and congressmen are so welcoming. They open their doors for Nebraska Farm Bureau. That’s something you don’t get in every state. So that’s very, helpful and cool to be on the Hill, talking to state senators and seeing people that you know on a personal level and consider friends,” Alec said.

Alec and Meredith Ibach of Buffalo County Farm Bureau are this month’s Nebraska Farm Bureau Ranch Family of the Month.

Lance and Krystal Atwater: Building a Good Life in Nebraska 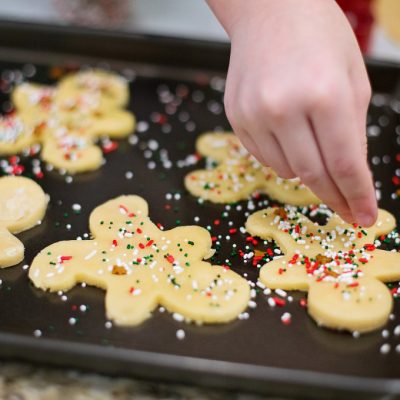 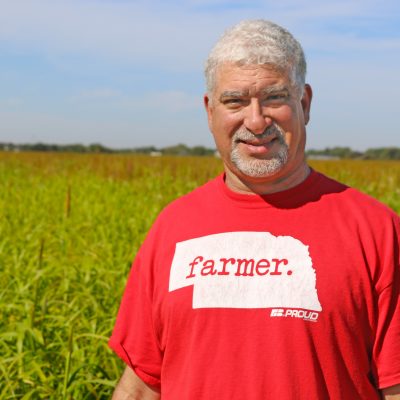