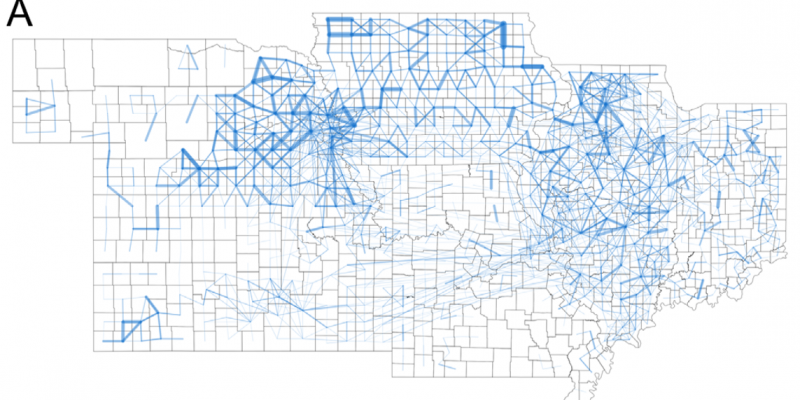 Darker and wider lines indicate heavier corn flows. The map clearly illustrates the flows of corn from Iowa into Washington County due to the Cargill facility. Also, corn flows between several eastern Nebraska counties like Platte, Dodge, Cuming, Saunders, and York counties are also heavy presumably due to the processing, livestock, and corn production concentrated in these counties. Finally, it also appears corn flows between Nebraska counties are much heavier relative to the other states on the map. Again, this is likely due to the corn processing and livestock sectors in the state.

Figure 2. Corn flows between counties in Midwest States and Nebraska