LINCOLN, NEB. – Nebraska Farm Bureau has selected Dr. Ray Ward as the 2022 recipient of its highest honor, the Silver Eagle Award. Ray has spent a lifetime serving agriculture and working with farmers to promote good soil health and clean water in Nebraska.

“The name Ray Ward and soil go hand in hand. Water testing and soil conservation is proven to increase the quality and quantity of crop yields over the long term because testing provides data farmers can use to learn more about the condition and preserves the long-term productivity of the soil. Ray’s lifetime commitment to preserving water and soil health has greatly contributed to the success of Nebraska agriculture. ,” said Mark McHargue, Nebraska Farm Bureau president.

Ray and Jolene Ward founded Ward Laboratories in 1983, initially operating out of a three-bay garage in Kearney, Neb. Today, Ward Laboratories occupies a nearly 36,000 sq. ft., state-of-the-art facility that allows them to process on average 5,000 plus samples a day and ensures the highest standards of accuracy and quality.

“Nebraska agriculture is grateful to Ray for his passion and dedication to farmers and ranchers. His knowledge of soil fertility, water, and feed testing is vast. The data he provides helps farmers grow their crops and ranchers to raise their cattle more effectively. He has built a company based on honesty and integrity and it has made him a trusted source of data and information for producers across North America and around the world,” McHargue said.

Ray’s knowledge of water, soil, and feed testing plus his natural analytical ability to break down complex science makes him popular with the media, NRD’s, and on university campuses. He has been decorated with academic degrees, soil science awards, and business awards. He has served on numerous boards and committees and is a popular speaker teaching an agronomy class on the University of Nebraska-Kearney campus.

“Ray is the trusted standard in the business of water, soil, and feed testing. He is well respected in Nebraska and around the world. His history of service over self is known to many and he has made a difference on countless farms and ranches providing the necessary data to help farmers and ranchers better utilize Nebraska’s water, soil, and feed now and for future generations. We are proud to recognize Ray Ward as the 2022 Silver Eagle Award recipient.”

The Silver Eagle Award will be presented during the Nebraska Farm Bureau Annual banquet Tuesday, Dec. 6 in Kearney.

Ray and Jolene reside in Kearney. They have four grown children, seven grandchildren, and seven great grandchildren, with one more on the way. At 85, Ray continues to work at Ward Laboratories nearly every day, but now his grandson, Nick Ward, serves as president. He is excited about the future of agriculture and the continued changes he sees across the state as farmers and ranchers recognize the importance of keeping our water and soil heathy for future generations. 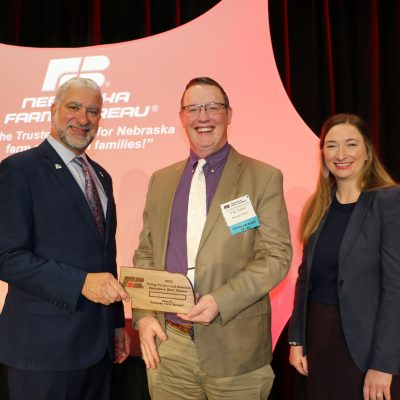 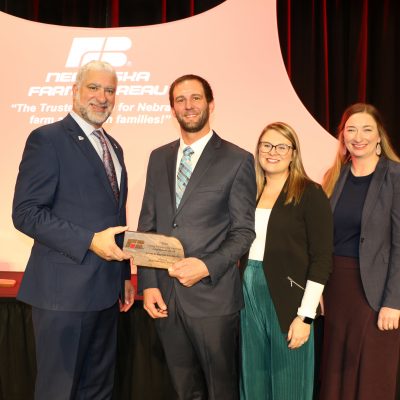