LINCOLN, NEB. – The Nebraska Farm Bureau has identified priority actions for the Biden administration to help expand markets for Nebraska agricultural commodities in 2021. Due to growth in international trade, the value of Nebraska’s agricultural exports now consistently accounts for 30 percent of the state’s total agricultural receipts.

“Most of the world population and customers for the agricultural commodities and products we produce in Nebraska reside outside U.S. borders. Growing markets is vital to the health and profitability of our family businesses,” said Mark McHargue, Nebraska Farm Bureau president. “It’s critical the new administration understand the connection. It’s the reason we’ve identified actions President-Elect Biden can take to support our farm and ranch families.”

Topping the list are actions specific to China. Nebraska Farm Bureau is calling on the administration to fully enforce the U.S. China Phase One Trade Agreement that obligates China to purchase up to $36.5 billion in U.S. agriculture products in 2020 and $80 billion in total over the next two years. At the end of October, China had exported or contracted for the sale of nearly 71 percent of the 2020 goal.

“We must hold China accountable for meeting the Phase One deal, but President-Elect Biden must also focus on working with like-minded countries in a multilateral approach to dealing with China to normalize long-term trade relations. Those negotiations should push for the complete elimination of all tariffs on U.S. agriculture products going into China, as well as require China to comply with World Trade Organization (WTO) rules, and the elimination of intellectual property theft in all U.S. sectors,” said McHargue. “Only then should the administration consider removing the tariffs President Trump enacted on Chinese goods.”

“We’re also encouraging President-Elect Biden to actively work for the U.S. to join the Comprehensive and Progressive Agreement for Trans-Pacific Partnership (CPTPP). While Nebraska farmers and ranchers have captured a large portion of the benefits of CPTPP participation in the way of lower tariffs on U.S. beef and pork through President Trump’s trade deal with Japan, the recent Regional Comprehensive Economic  partnership (RCEP) trade agreement between many of the CPTPP nations and China has allowed China to further expand its influence with countries in the Asia-Pacific region to the potential detriment of future U.S. trade relations in the region,” said McHargue.

Farm Bureau is also calling for actions related to the WTO, the entity tasked with governing global trade rules between nations. Farm Bureau is urging the Biden administration to help re-establish the WTO appellate body charged with hearing appeals to WTO rulings, as well as reiterating the importance of the WTO enforcing existing trade rules.

“U.S. agriculture wins under a global, rules-based trading system because our farmers and ranchers have the capability to beat all global competitors when it comes to producing agricultural commodities and agricultural products,” said McHargue. “Our members benefit when the WTO functions correctly.”

In addition to identifying trade priorities, the Nebraska Farm Bureau issued its 2019 Nebraska Agriculture and International Trade report. The report estimates the dollars and cents value of agricultural trade to Nebraska, projecting estimates for the value of agricultural trade for each Nebraska county, as well as per-farm estimates. The report, issued annually since 2017, acts as a barometer demonstrating the importance of trade to farmers, ranchers, and Nebraska’s economy. The estimates are calculated using USDA’s final trade numbers released in October of the following year.

According to the report, 77 Nebraska counties experienced a decline in the value of agricultural exports in 2019 in comparison to the prior year, with only four counties, Cheyenne, Gage, Jefferson, and Otoe, experiencing a gain.

Platte County reclaimed the top spot in terms of value of agricultural exports in 2019, surpassing Custer County, the top export county in 2018. Platte County experienced an estimated $172 million in value from agriculture trade in 2019.

Phelps County again scored as the most reliant on trade on a per-farm basis, with an export value per-farm of $292,000.

A recording of today’s news conference can be found HERE.

Putting 2020 in the Rearview Mirror 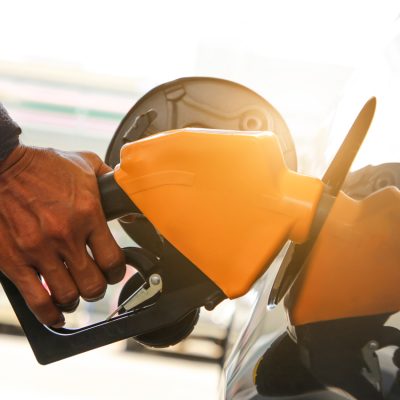