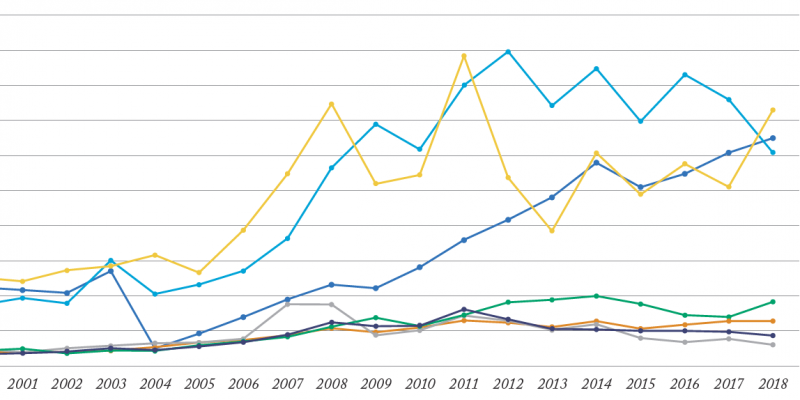 The growth occurred thanks to significant boosts in sales of Nebraska beef and corn and came despite major declines in Nebraska soybean exports and reductions in pork and wheat exports. In all, Nebraska was the sixth-largest agricultural exporting state in 2018. These and other findings come from Nebraska Farm Bureau’s “Nebraska Agriculture and International Trade” report which uses the most current USDA trade data to identify the value of Nebraska agriculture exports in 2018 on a per-commodity, per-county, and per-farm basis.

Fortunately for Nebraska producers, the U.S. maintained positive relations with two leading beef markets in Japan and South Korea. Expanded purchases by Japan and South Korea boosted the value of Nebraska’s beef exports to more than $1.3 billion in 2018, a record high. Friendly trade relations with Japan also led to increased purchases of Nebraska corn, as Japanese imports of U.S. corn grew by 34 percent in 2018. Nebraska also benefited from Mexico opting not to impose tariffs on U.S. corn in retaliation for U.S. tariffs on steel and aluminum. U.S. corn exports to Mexico increased by 16 percent over the previous year. Nebraska’s total corn exports increased 42 percent in 2018, reaching the second-highest level on record. Nebraska soybean exports slumped 21 percent to $1.2 billion, the lowest level since 2008. The U.S. trade dispute with China and African Swine Fever in that country hurt soybean exports.

Talking to Consumers at a Grocery Store